Love is a force, an energy, an active power that consists above all more in giving than in receiving. To love means to be able to give. There is a type of love that is not authentic and that concerns those individuals who completely cancel themselves out in order to love others, as sometimes happens in those kinds of suffocating relationships between parents and children and particularly between mother and child, but not only. In this kind of love, the one who receives it is unable to be autonomous since it is a suffocating love that exploits and manipulates. The individual who loves in this way is unable to bear the sense of guilt that assails him if he dedicates himself to himself, as if he felt selfish, confusing selfishness with healthy self-care driven by an internal force to move and project onto the other. It is difficult to accuse a mother who sacrifices herself and totally projects herself on her children; we will look ungrateful and ungrateful. But this kind of love is a way of hiding his selfishness and not feeling guilty, so that the sense of guilt remains masked by this way of loving. This type of love has the purpose of acting its power on the loved individual since what matters is to possess and dominate, whatever the sacrifice to be faced. But behind the need to possess we encounter loneliness, as well as the will to dominate. The only answer to loneliness would seem to be love, but a love that comes from freedom and therefore more authentic than the one just described. In this type of love, the lovers both escape loneliness in mutual respect for their individuality.

When we fall in love we are seduced, that is, grasped by a force that we cannot resist. Love is always something that exerts a kind of "violence" on us since it places us in front of the needs of another individual. Love places us in front of dreams, needs and desires that are not ours and tends to break that narcissistic cover that is oriented towards unity and does not care about the other.

It is commonly believed that loving is easy, that falling in love is a more natural and simple internal fact for the human being, and that education is not needed to learn to love and be loved. But there is an antagonism between narcissism and love, that is, between the request for stability in our libidinal balance and the energy commitment that the relationship with the other requires.

In love, giving and receiving are reciprocal, equal and differs from the feeling of affection in which giving and receiving are not necessarily on the same level. In the parent-child relationship, the parent is the one who gives more in the awareness of receiving much less. When the individual, to escape loneliness, it moves from an emotional relationship with the parent to a replacement figure for it, a relationship of authentic love is not generated, but a substitution of an emotional relationship that is unable to find the solution to the problem of loneliness. The difficulty is to break the emotional dependence by freeing ourselves from those people on whom we emotionally depend to live our most complete autonomy which allows us a better ability to love by facilitating a conscious choice.

Many individuals, without their knowledge, they flee from this process of psychological growth, escaping loneliness by making use of mutual possession which generates constant resentment that can be expressed through dissatisfaction, expressed or repressed aggression, psychic sado-masochism, the silences within a power game that tend to cause a constant state of insecurity and distrust in the other individual. The individual imprisoned in his narcissism is unable to live the love dimension because he is unable to live love for himself and for the other, he is unable to go out of himself to give himself to the other and deep down in his soul he experiences a ruinous unconscious sense of guilt. This sense of guilt is destructive for the individual who thus does not mature, it does not integrate and cannot become capable of loving, as if a hidden force prevented him from becoming worthy of living his life in the polarity of giving and receiving which implies reciprocity in the exchange of love. Unconscious guilt is a phenomenon that paralyzes and frightens the individual and that in psychoanalysis arises from what is called the Superego.

The superego has to do with prohibitions and permits that live within the individual and that in some way permeate their thoughts and behaviors and that derive from the relational environment in which the individual lived during the years of childhood. It is like a mechanism within the individual who consciously and unconsciously learns the rules, principles that make him perceive whether something is good or bad. The superego is involved in the control of the ego as a representative of reality and is made up of a chain of mental processes that were formed in childhood in the resolution of the Oedipus complex. Our Self is the center of our personality that pushes us to overcome the infantile stages through a series of steps that lead us towards the integration into the consciousness of unconscious contents which at the moment of integration become resources and individual affective enrichment.
Parents who do not accept that their children are psychologically separated from them lead them to experience their autonomy and freedom as a fault. Jung said that when parents neglect their own well-being for the sake of their children, “A bad inheritance is left to the children, a bad impression of the past ". For Jung the point is that parents must love each other in the "here and now" because in this way their children can also learn to do so. The unlived life of the parents is equal to a real betrayal of the children themselves. It is absolutely betrayal towards us that does not allow us to build and live our existence in the dimension of authentic love. 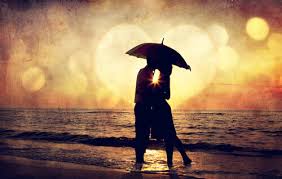 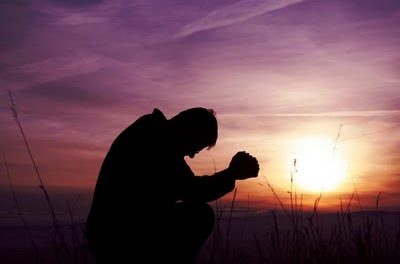 The man in search of his soul

When sexuality is not working